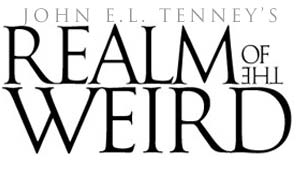 Some people have inquired about certain aspects of Realm of the Weird and this is where we’ll try and answer those questions and wonderings.

Throughout the past 20 years some of the files on which these episodes are based have been damaged, destroyed or lost. For the sake of the episode the parts of some characters have been recreated using original transcripts taken during initial client interviews. We would like to thank the following people for their help in recreating some of the material used in the construction of the episodes.

Episode 2: “Under the floor”
Laura Eckert – Woman in the Diner

Many of the episodes of Realm of the Weird begin with music picked specifically to fit the episode.

Season 2 Episode 3:
You started me Dreaming, Performed by Wingy Manone, 1936